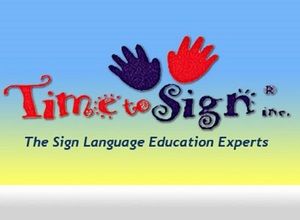 In working with at-risk youth for over 20 years and earning my doctoral degree in education, with a specialization in social and emotional learning, I found this article particularly illuminating as it details the importance of sharing in the ultimate success of a child. This extremely important interpersonal skill is crucial for success in the modern work place. Of course, like all other social and emotional skills, sharing is a learned skill. When in the home or classroom be creative in the ways in which you add the instruction of these skills to your lesson plan.

If you want your children to succeed, teach them to share in kindergarten

Can your kid give suggestions without being bossy? That could play a role in future life success.

Kindergartners who share, cooperate and are helpful are more likely to have a college degree and a job 20 years later than children who lack those social skills, according to a new study.

Kids who get along well with others also are less likely to have substance-abuse problems and run-ins with the law.

The research, which involved tracking nearly 800 students for two decades, suggests that specific social-emotional skills among young children can be powerful predictors for success later in life.

“These are skills that probably portend their ability to do well in school, to pay attention and to navigate their environment,” said Damon E. Jones, a research assistant professor of health and human development at Pennsylvania State University. He was the lead author of the paper, published Thursday in the American Journal of Public Health.

Jones said the study suggests that early-childhood education programs and schools could identify children with weak social skills early on, when they are still very receptive to learning how to behave differently.

It may be difficult for overburdened schools to find time to focus on children’s social-emotional selves, he said, especially in grades beyond kindergarten. But “there are effective programs that can be delivered efficiently and that can help give a boost to children in these areas,” he said. “We just need to recognize that these may be important skills to incorporate into the curriculum as well.”

[Classrooms welcome babies in an effort to teach empathy]

The study is based on data collected beginning in 1991 at schools in Nashville, Seattle, rural Pennsylvania and Durham, N.C. Teachers of 753 kindergartners were asked to rate each student’s skill level in eight areas:

Researchers then tracked those students for two decades, using police records, reports from parents and self-reports from the children.

They then used statistical models to filter out the effects of factors such as a child’s socio­economic status, family characteristics and early academic ability to isolate the impact of early social skills on life outcomes.

Children who scored “well” on social competence were four times as likely to get a college degree by age 25 as those who scored “a little.”

Children who scored higher were also more likely to have a full-time job by the time they were 25. Similarly, children who scored on the lower end of the scale were more likely to have negative interactions with the police and spend time in juvenile detention. They also had a higher chance of being arrested, of recent binge drinking and of being on a waiting list for public housing.

The research does not say that the ability to share causes one’s life to go more smoothly or that refusing to share causes one’s life to be difficult. But coupled with the growing body of research on social-emotional skills, it provides more evidence for what seems like common sense: Children who interact well as kindergartners are more likely to make friends and get positive feedback from teachers and, therefore, are more likely to like school and stay in school.

“It’s easy to see where these are skills that can lead to good outcomes,” Jones said. “We all know that when you start to succeed in relationships or in school, that’s going to influence where you’re headed next.”

The children in the study represented a cross-section of society, with a somewhat higher proportion of at-risk children than the general population, Jones said. Of the sample, about half were white, 46 percent were black and 4 percent were from other ethnic backgrounds. Fifty-eight percent were boys.

Steven Barnett, the director of the National Institute for Early Education Research at Rutgers University, said the study shows that schools can’t just be concerned with teaching social-emotional skills — that’s too broad a category. The study did not find strong correlations between aggressive behavior, for example, and later life outcomes.

“We’ve got to be very fine-tuned about what exactly it is we need to help kids with,” he said.

Barnett said the study is heartening to those who see high-quality preschool as a powerful way to change the trajectory of children’s lives. “It does offer the promise that if we can help kids get to this place by 5, that it will be sustaining,” he said. “You don’t have to worry that it is going to unravel.”

The study was funded by the Robert Wood Johnson Foundation.

Emma Brown writes about national education and about people with a stake in schools, including teachers, parents and kids.